In this cool science experiment, youll show how to make raisins "swim" up and down in a jar, using nothing more than a few things that you commonly find in a kitchen.

When baking soda is added to a vinegar solution, gas is produced and this causes hundreds of small bubbles to form. This is called a chemical “reaction”.

This reaction between the baking soda (also known as “sodium bicarbonate”) and the vinegar (known as “acetic acid”) produces carbon dioxide gas, water, and the sodium and acetate ions which are “dissolved” in the water.

It is this carbon dioxide gas, that causes the bubbles to form. Bubbles are little “pockets” of air or gas. As these bubbles are filled with gas, they are lighter (scientists use the term “less dense”) than the vinegar solution and will therefore float to the top of the liquid.

An acid is a liquid that is usually sour in taste, and has a pH level of less than 7. 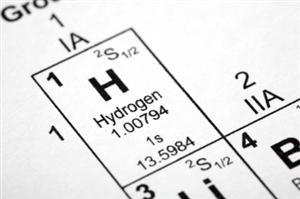 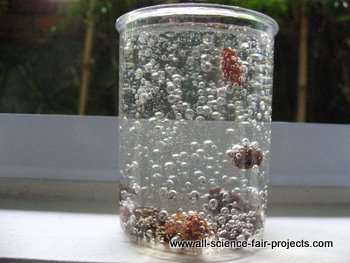