Carbon dioxide and the acidification of our oceans 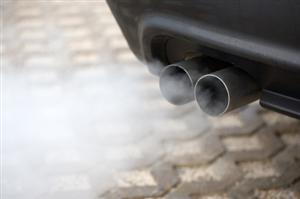 These harmful gases are called"greenhouse gases" and they comprise chiefly of carbon dioxide, water vapor, ozone and methane. Over the years, the carbon dioxide levels in our atmosphere have increased from 280 parts per million to about 380 parts per million presently. The main contributors to this trend are human activities such as deforestation and the burning of fossil fuel. This discharge of waste or by-products due to human activity is called the"anthropogenic effect".
The two main problems caused by greenhouse gases are global warming and ocean acidification.

As mentioned above, the anthropogenic effect results in the increase of carbon dioxide in the atmosphere. Part of this carbon dioxide is absorbed by our oceans. This process lowers the pH levels of the oceans. Over the years, the pH levels of our oceans is estimated to have dropped from 8.18 to 8.10. If this process continues, the ocean will gradually become more acidic.

With the acidificaton of our oceans, marine life will find it increasingly difficult to survive. Already, the lowering of pH levels and increased ocean temperatures have destroyed and killed up to 80% of the corals in the world. Coral reef destruction is a big indicator of the magnitude of this worrying trend.

The materials required for this experiment: 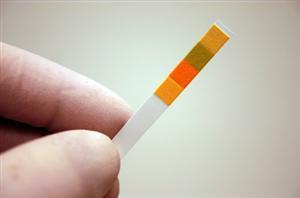 The result show that increasing the level of carbon dioxide in the water-filled bottle will lower the pH of the water making it more acidic.

The increasing acidity of our oceans is a growing concern. Our growing dependence on fuels leads to the creation of many greenhouse gases. With increasing ocean acidity, scientists have proven that much of marine life is at risk. The sea is a bountiful source of food for humans and other animals. If the delicate balance in the ecology of marine life is toppled, there will be knock-on effect on the rest of the earth's human and animal population.

Conserve energy by taking public transportation instead of driving a car. Switch off lights when you leave your room and encourage your parents to purchase energy-efficient products. Do your part to conserve energy for even a little bit of effort will go a long way to helping stem the rise of the greenhouse effect, if we all play our part.

This experiment can also be done by using sea water instead of tap water.

Try to modify this experiment by increasing the time the air bubbles are blown and see if the results are different.

Think of ways to rebalance the pH of the water. What can you add to the water to make it less acidic? Consider if there will be by-products in this neutralizing process. Would neutralizing the water turn out to be more harmful than good?