This experiment was done to compare the noise levels generated by an aircraft during take off and landing.

An aircraft will make more noise during take off than during landing.

Aircraft noise can be heard during the taxi stage (aircraft moving on runway), take off, when the aircraft is flying overhead and when it is landing. The noise from an aircraft is amounts to noise pollution than can be a great nuisance and cause health problems for residents living close to an airport. The types of noise generated by an aircraft are listed below:-

Noise due to aerodynamics is caused by the flow of air across the surface of the airplane. The air flow causes the extremely rapid compression and expansion of the surrounding air resulting in noise. This noise will increase as the aircraft speed increases. It will also be higher pitched at lower altitudes due to higher air pressure.

Aircraft system noises are noises that origin within the cabin and the cockpit of the aircraft. This noise is from the power unit which generates the power to start the aircraft engines and provide the electricity to operate the electronics inside the aircraft.

Print
Complexity level:
5
Project cost ($):
50
Time required:
1 hour to prepare, 2 day for experiment
Material availability:
Easily found. You can obtain a decibel meter from Radioshack at around US$50
Safety concerns:

The area around the airport will have tight security checks and safety requirements. Please ensure that you obtain proper clearance from airport authorities if the selected location is too close to the airport. Please wear proper ear protection 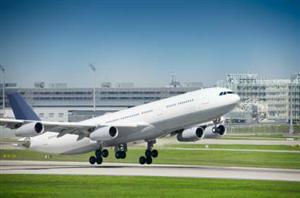 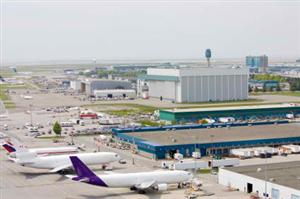