This science fair project was done to find out if boys are better at multitasking than girls. The experiment was done by testing the time taken by boys and girls to complete a math test whilst multitasking.

Boys will be able to complete the math test more quickly than the girls, while  multitasking.

Multitasking refers to handling or performing more than one task at a time. The rapid pace of today’s modern lifestyle means that it is very difficult for many of us to get through our day without multitasking in some form or another. Multitasking does not require two or more tasks to be performed at the exact same time; instead, multitasking already occurs when our attention is divided between  different tasks in the hope of completing them faster, instead of completing them one at a time, in series.

Both men and women perform multitasking daily. We're actually multitasking when we read the newspaper while sipping a cup of coffee or having our breakfast. A mother who has to wake up early in the morning to get her children ready for school, prepare breakfast and at the same time get herself ready for work must multitask and manage her time well.
Although multitasking will help us to complete more jobs in a shorter amount of time, our attention to the details of the job may be diluted. Multitasking can be done to improve our productivity in jobs that are routine in nature or those that we are familiar with. However, it should be avoided when undertaking an unfamiliar task. 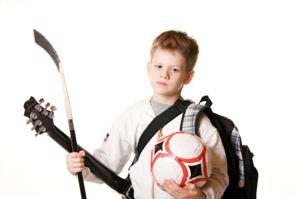