The objective of this science fair project is to determine the effectiveness of using a natural pesticide such as cinnamon, through observing the effect of cinnamon oil on insects such as ants, cockroaches, mosquitoes and flies

Cinnamon oil is an effective natural insect repellant against insects such as ants, cockroaches, mosquitoes and flies.

Pesticides destroy or repel insects and pests that are present in our homes and gardens, and may also serve to prevent others from entering our premises. Some insects damage our property and spread diseases. Some are unhygienic and are capable of contaminating our food. Most pesticides that we purchased at the supermarket are synthesized from chemicals, which when inhaled, are harmful to our health. In addition, the use of pesticides in places such as farms may contaminate the food chain and drinking water, since the chemicals present in these pesticides may seep into the soil.
Natural pesticides are an alternative to chemical pesticides. These pesticides are made from the natural extracts from plants, herbs, flowers, seeds or salt minerals. Hence, most natural pesticides are environment friendly and safe for us to use. However, there are exceptions - for example nicotine, which  is more toxic then some of the more common chemical pesticides.

Some common natural pesticides are cinnamon, lemon juice, cucumber peel or bay leaves to keep ants away. Borax, a salt crystal, is also particularly effective in repelling cockroaches and termites. Another common natural pesticide is honey, which can be used to attract and trap flies. Once these flies land on the honey, they are not capable of flying off again. 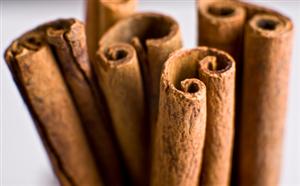