Batteries are devices that convert stored chemical energy in the battery into electrical energy when its terminals are connected. Batteries consist of rechargeable and disposable types. They can be found in various sizes and voltages. 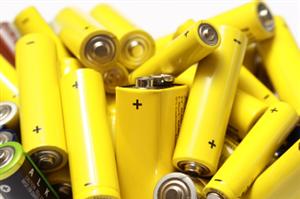