This experiment was done to investigate how the salinity of water affects the electrolysis process. Comparison was made between ocean water and distilled water.

Electrolysis is the process where electric current passes through a solution. The process requires a voltage source, an anode (positive) electrode, a cathode (negative) electrode and an electrolyte solution.

The electrolysis process will start when the positive terminal of a battery is connected to the anode and the negative terminal of the battery is connected to the cathode. When this connection is done, the positive ions in the electrolyte will move towards the cathode and the negative ions will move towards the anode resulting in current flow.

Water by itself is a poor conductor. But if salt or sodium chloride is added to water, it can start to conduct electricity through the electrolysis process.

1. Use only batteries. NEVER connect to a mains supply.
2. Conduct the experiment under supervision of a qualified person (science teacher). Flammable gasses may be released.
3. Electrolysis of sea water may produce chlorine gas. Take necessary precaution. Ensure that the experiment is conducted in a well-ventilated laboratory 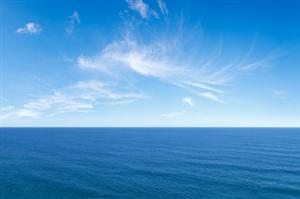