This science fair project was performed to find out if split keyboards make a person type faster compared to the normal keyboard.

Before personal computers were invented, there were many professional typists who were properly trained in typing with proper wrist posture. Then in the 1980s, the personal computer invaded our offices and workspace all over the world. Suddenly, people with no previous training in typing postures and proper positioning of the hands were using keyboards intensively.

Over time, due to poor positioning of the hand and poor sitting posture, prolonged typing leads to various muscular skeletal injuries. The split keyboard was invented to overcome these injuries, caused by prolonged typing.

The split keyboard maintains the same configuration of keys as the normal keyboard. It is however, split in the center so that the wrists will remain straight and both the hands will not meet or cross at the keyboard. 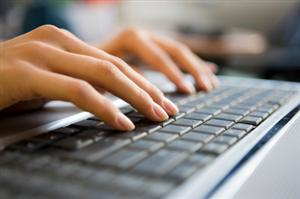