Reptiles are cold-blooded, meaning that most species of reptiles are unable to generate their own heat. This requires them to regulate the amount of heat they absorb. One method that reptiles use for thermoregulation, which is the regulation of their body temperature, is to move into the shade or water when their body temperature is high, or to bask in the sun when they are too cold and need warming up. Yet other reptiles have a different strategy; they change the coloration of their skin pigment! Contrary to popular belief, most lizards that are able to change the color of their skin, do so primarily for the purposes of regulating their body temperature, and not camouflage! In this science fair project, you will observe how the tint of a lizard?s skin helps in thermoregulation.

Observe the changes in skin pigmentation of a lizard, in response to temperature change.

Changing skin color as a method of thermoregulation is a trait found in a number of lizard reptiles. However, for the purpose of this science project, we will be limiting ourselves to one of two species - namely the anole lizard or the green iguana. The anole lizard is recommended over the green iguana as they are inexpensive and only grow to a maximum of six inches, while the green iguana can reach a length of over five feet! Both of these lizards are considered tropical or semi-tropical species, living in environments that have abundant sunlight and high temperatures.

The anole is also known as the "American chameleon," - an inaccurate description in that anoles and chameleons actually belong to different families of lizards. Anoles were dubbed the "American chameleon" because of their ability to change the color of their skin. When the anole wants to raise its body temperature, it can either bask on a branch, or it might change its skin to a dark brown color. Dark colors absorb heat, hence turning brown enables the anole to absorb heat more rapidly. If the anole wants to maintain its current body temperature, or reduce it, it will turn a lighter color, such as light green. Lighter colors reflect heat, though turning green also has the added benefit of helping camouflage the anole among the branches and leaves that it inhabits. Review the resources in the bibliography section for information on how to care for the anole. 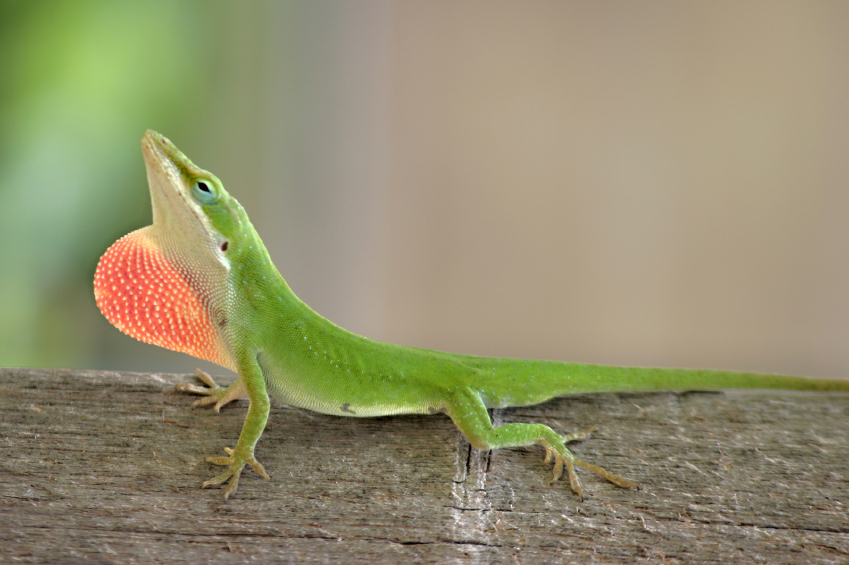