This experiment was performed to ascertain the effect of carbon dioxide on environmental temperature. Industrialization has brought about deforestation and the burning of fossil fuels on an unprecedented scale and this has increased the emission of CO2 significantly. The results of this experiment will show how the increased level of carbon dioxide in our atmosphere is contributing towards making our planet warmer.

Higher carbon dioxide content in the air will contribute to warmer temperatures.

Carbon dioxide is created when we burn fossil fuels like coal and gasoline. These fuels contain carbon, which combines with oxygen to produce carbon dioxide ?a by-product of the fuel burning process. This carbon dioxide is released into the atmosphere from factories, power plants, automobiles, and airplanes.

Carbon dioxide gas does not absorb energy directly from the sun. Instead, the earth releases heat energy which is absorbed by the carbon dioxide molecules. However, the carbon dioxide molecules do not store the absorbed energy for long and will release eventually release them. This energy can be directed towards outer space or return to the earth. It has been proven scientifically that the presence of carbon dioxide in the atmosphere will result in more energy being absorbed by the earth and the atmosphere of our planet, instead of the energy being released into outer space. This imbalance will cause the temperature of our planet to increase gradually by significantly over time.

Growing industrialization, and aggressive deforestation and fossil fuel burning have led to increased levels of carbon dioxide in the atmosphere for more than twenty decades. Some of this carbon dioxide is used in photosynthesis by fauna, whilst some of it dissolves into the ocean and the rest remains trapped in our atmosphere. The past 100 years has recorded a 0.74 0C increase in global temperatures.

Be wary of carbon monoxide poisoning from the exhaust of the car. Conduct the experiment in a well ventilated garage. Adult assistance is required for the operation of the car. 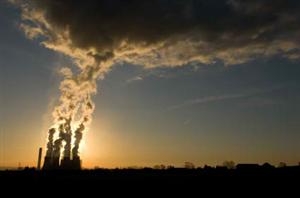 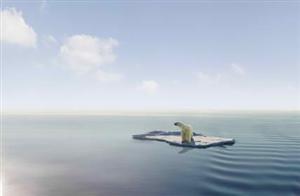