This science fair project was performed to ascertain the correct temperature for producing nanowires from gallium oxide, using the chemical vapor disposition method. The experiment was conducted for a temperature range of 860 °C to 960 °C.

The formation of gallium oxide nanowires will occur at temperatures above 900 °C.

Nanowires are very small structures whose diameters are measured in nanometers (10 -9 meters). As their length is not constrained, the length to diameter ratio of these nanowires can be over 1000. Due to their tiny diameters, nanowires  are considered one-dimensional.

The diameter of nanowires limits the number of electrons that can pass through at any one time. This is the result of electrons in nanowires being laterally quantum-confined and having energy levels that are different from the traditional energy band of bulk materials. This quantum confinement also results in certain nanowires having discrete values of electrical conductance.

Nanowires are now attracting a lot of interest from the scientific community, especially due to their potential applications in producing tiny components as well as circuits. Gallium oxide, a metal oxide semiconductor, has been successfully used to synthesize nanowires through chemical vapor disposition. The gallium oxide nanowires produced through this method have diameters ranging from 30 to 80 nanometers.

Proper supervision by a qualified laboratory technician is required. 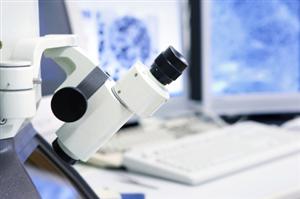