This science fair project was done to investigate the effect of surface temperature on the quality of fingerprints obtained. The testing was done by extracting fingerprints from drinking glasses at various temperatures.

The fingerprint obtained from a surface with a lower temperature will be clearer.

The skin on the surface of our palm and feet has many ridges, called friction ridges. Every person will have a pattern of ridges that is unique only to them, and which will not change over time. The pattern of ridges on fingers is called the fingerprint.

These ridges help in amplifying the vibrations felt by our fingers, when rubbed over rough surfaces. They help us to feel and perceive the texture of a surface. Friction ridges also give us a better grip on smooth, wet, oily or slippery surfaces.

Fingerprints that are left on a surface are either patent or latent. Patent prints are left by substances like ink, blood, oil or paint, while latent prints are left on surfaces by skin secretions like oil or sweat. The latter is normally not visible to the naked eye. Forensic experts normally find and use the fingerprints found in a crime scene to identity the person or persons who had been present at the scene. 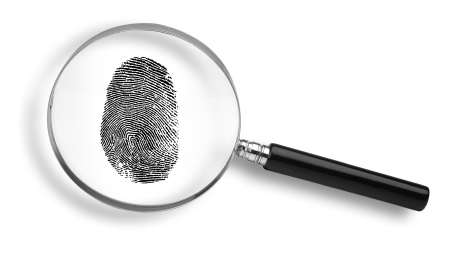