This science fair project was conducted to determine if cell phones radiate enough energy to increase the temperature of water in test tubes. The tests were done using various cell phones - Nokia, Sony Ericsson and Motorola.

Cell phone radiation do not contain enough energy to increase the temperature of water in a test tube.

Radiation emitted by cell phones exist in the form of electromagnetic waves. These are radio waves that fall within the range of microwave signals. Microwave radiation can cause dielectric heating of dielectric material, which includes human tissue. Therefore, it is theoretically possible for radiation from cell phones to increase the temperature of the cells on the surface of our head, when we use cell phones. This increase in tissue temperature is however, very minimal and should be able to be regulated by blood flow.
The tissue on the surface of our head will absorb some of these radio signals. Since the maximum power that a cell phone can generate is well below 4 watts, the radio signals might make our skin slightly warmer but they should not cause any tissue damage. 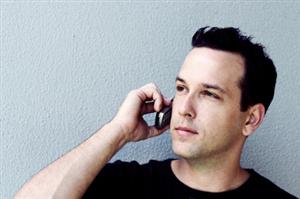